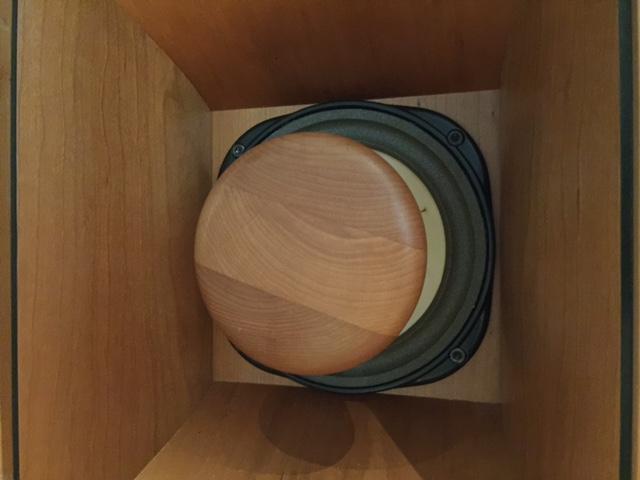 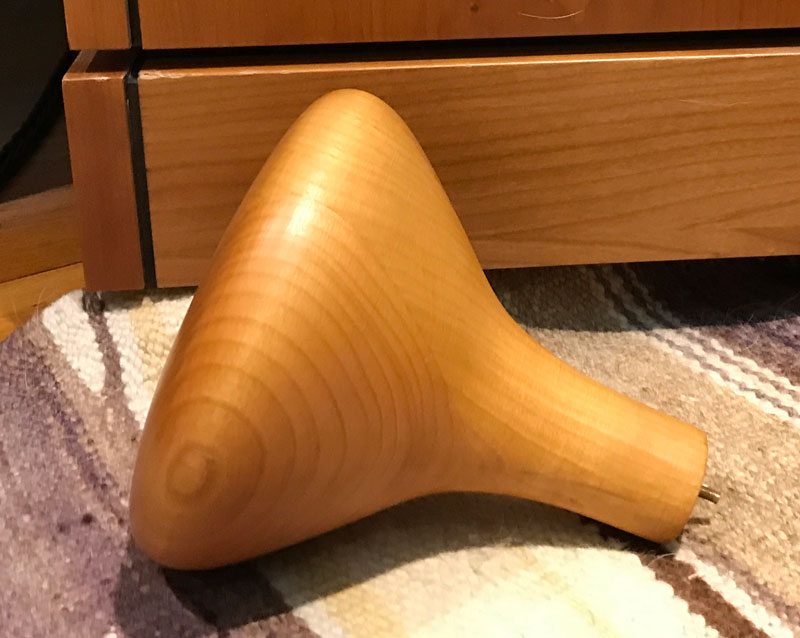 We have developed a new one of about 13 cm ø which enhances the stereo image almost magically. This is now the standard fitting for the Virtuoso Reference. Being a good deal more expensive to make, the price of the Virtuoso Reference has gone up. Phase plugs are interchangeable*, the Lowther black ones simply unscrew and ours screw in to replace them.

UK retail prices per pair [were listed at] approximately:

plus carriage and VAT

* Since the introduction of the DX4 drive unit, there are now two thread sizes in existence. Early DX4s were given the standard 3.5M thread used in all other Lowther drivers . Later ones have 4M threads. We can supply either, but we need to know which, of course.

Some Feedback on Phase Plugs:

"I have had the plugs on the Lowthers for several weeks now, and I must say that I would recommend that all Lowther owners using Medallion II cabinets at least try them on their systems. WhenI first replaced the original plugs, I found an incredible change in their presentation, as everything seemed to be a lot smoother than before.

I had friends over later, and they were equally impressed with the 'new' sound! ...The Beauhorn plugs do take some getting used to however, as they make the entire presentation seem more recessed than the standard Lowther plugs, and the resultant sound is a lot more balanced and more imperturbable than before... which may put off some people who prefer the 'live' feel of the original. Certainly a question of taste, but I would definitely suggest trying them... all in all, possibly the best $80 I have ever spent on my hifi." [AT, 19AUG00]

another quote from a purchaser:

"Well Bob says that his phase plugs have made a tremendous difference in getting rid of the upper midrange Lowther lump, and also calmed down the highs to the point that he no longer had listener fatigue. He highly recommended them." [JVH, JUN00]